Showing posts from September, 2021
Show all

Notations From the Grid (Special Quarter-End Edition): On #COVID19 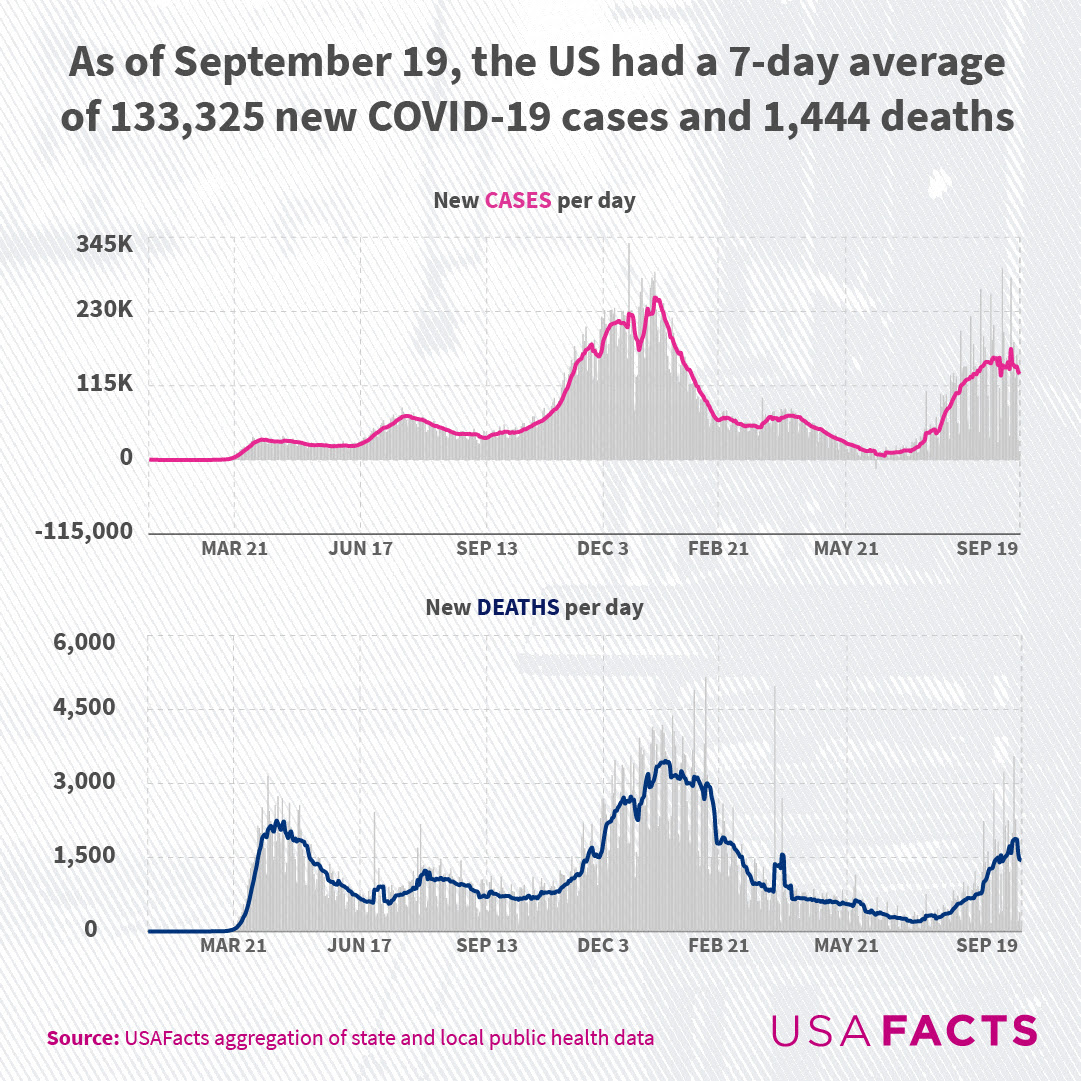 As the Quarter comes to a close, we present the following courtesy the team at USAFACTS:    The Delta variant that drove case and death rates up in the second half of the summer and caused several states and cities to reinstate mask mandates has led to an uncertain start to fall. Here are four charts for insight on the state of the pandemic, with new data on who isn’t getting vaccinated and why.  Fourth-wave cases and deaths are at levels not seen since the winter surge.  As of September 13, 210 million people, or 64% of the population, have received at least one dose of the vaccine.   Fifty-five percent of the US population — that’s 179.2 million people — have been fully vaccinated.   New England states have the  highest percentage of vaccinated populations . States as varied as Idaho, Wyoming, Mississippi, and West Virginia have the lowest rates, ranging from 46% to 50%. US public debt  has grown during the pandemic.  The pandemic has hit Native Americans the hardest relative to th
Post a Comment
Read more

Today is Global Citizen Live--It is a honor for us to feature this throughout our properties on this joyous day:
Post a Comment
Read more
More posts